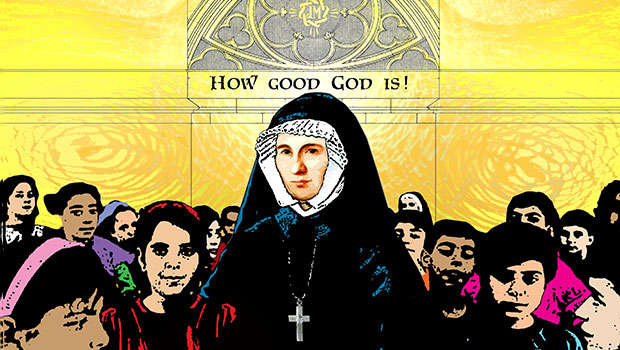 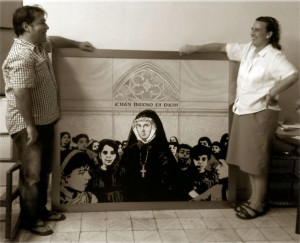 Before, painting was a luxury object, before other innovating forms of art took its place and moved it to a trivial decorative dimension, just about two centuries ago, painting used to be an object of cult of worship; an object of cult both in the sense of adoration as of culture. Like the images of the saints, pictorial activity itself enjoyed a sacred popularity.And it is because the Church was the principal promoter of painting during centuries, and the magnificent works of art which are kept in the Churches and convents throughout the world give faith of a perennial memory that our civilization preserves in the pictorial representation of those spiritual men and women whom we call saints. If I can blame the saints for having emptied their miraculous popularity into the secular activity of painting, I also have to be grateful to them for the spiritual dimension that painting can radiate from its material austerity. Never should we forget that a painting is nothing more than a cloth smeared with pigment, supported by some pieces of wood. Thus I thank Sister Maria Luisa de Anda for the opportunity that she gave me to paint Claudine Thévenet, the Foundress of the Religious of Jesus and Mary, as a reminder that not every object of art constitutes some type of merchandise, and that it will always be possible to consider as a human right, a spiritual dimension in painted images.I did not want to be creative in the execution of this painting.

Today when Pope Francis opens the Church to the poor, I cannot insist in comparing a simple talent to the divine action of creating. I simply took a photo of a picture of Claudine, looked for images or pictures of children in internet and, thanks to digital technology, I put together in the same scenography two distant times.Two times that join together in the present structured by the design of the facade of a Gothic Church and on its ogival windows one can see the emblem of the Congregation, architecture that holds the pictorial image of Claudine as well as the digital images of the contemporary children whom she embraces. The images have their own time, and to our distracted look they appear as a miraculous withholding in which for an instant it would seem that the past and the present run into one another to celebrate their secret conspiracy which impels us to act, as Ignatius of Loyola would have said, with desire and determination before the future. 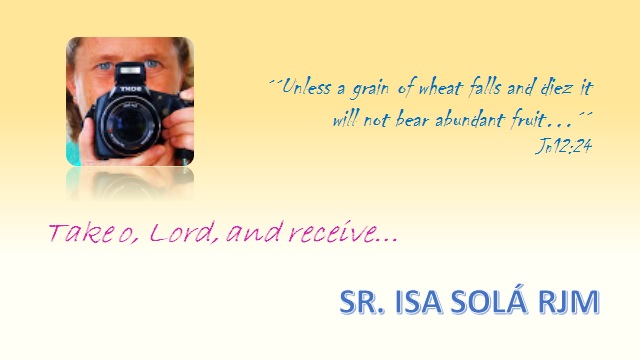 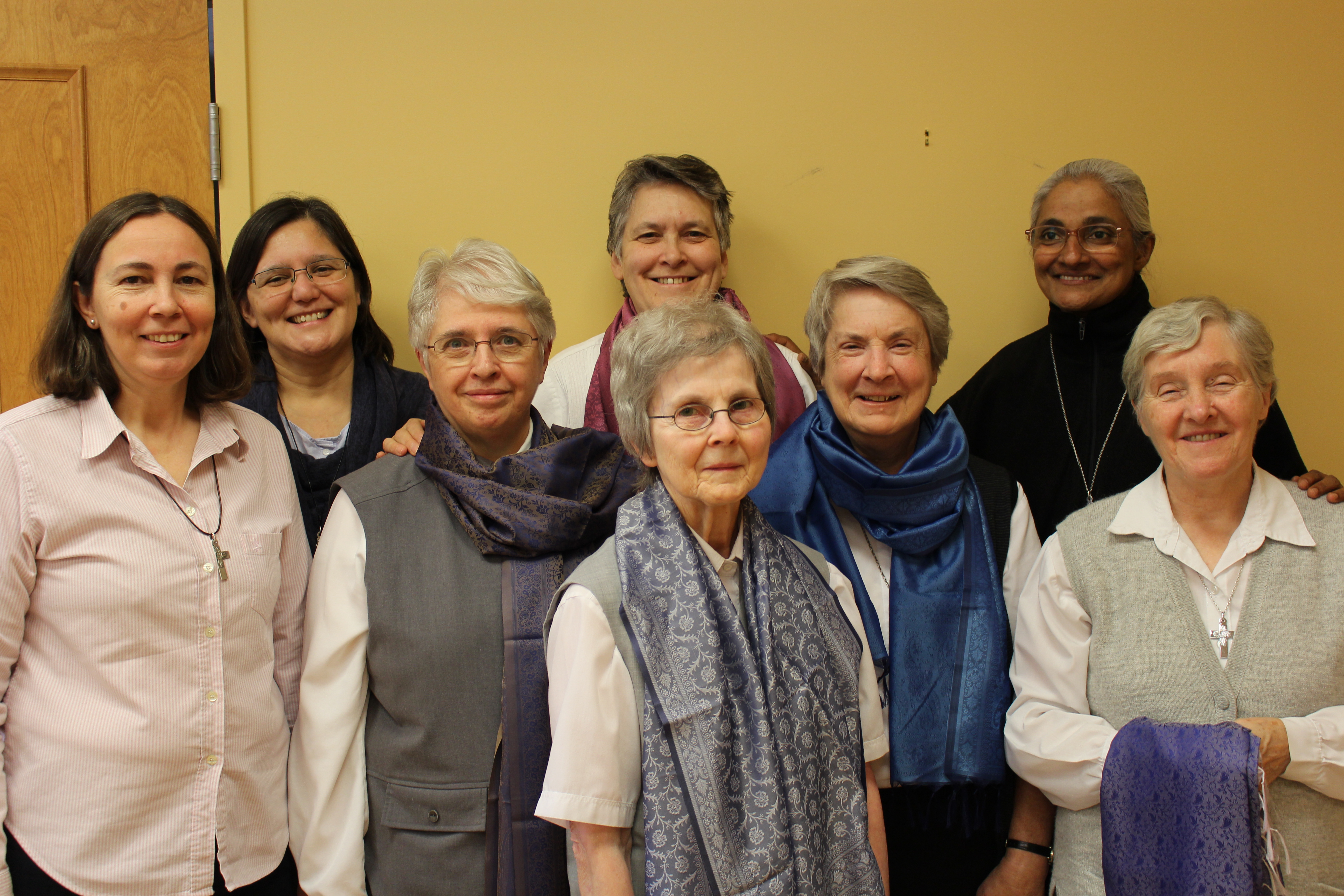 General Visitation to the Province of Canada 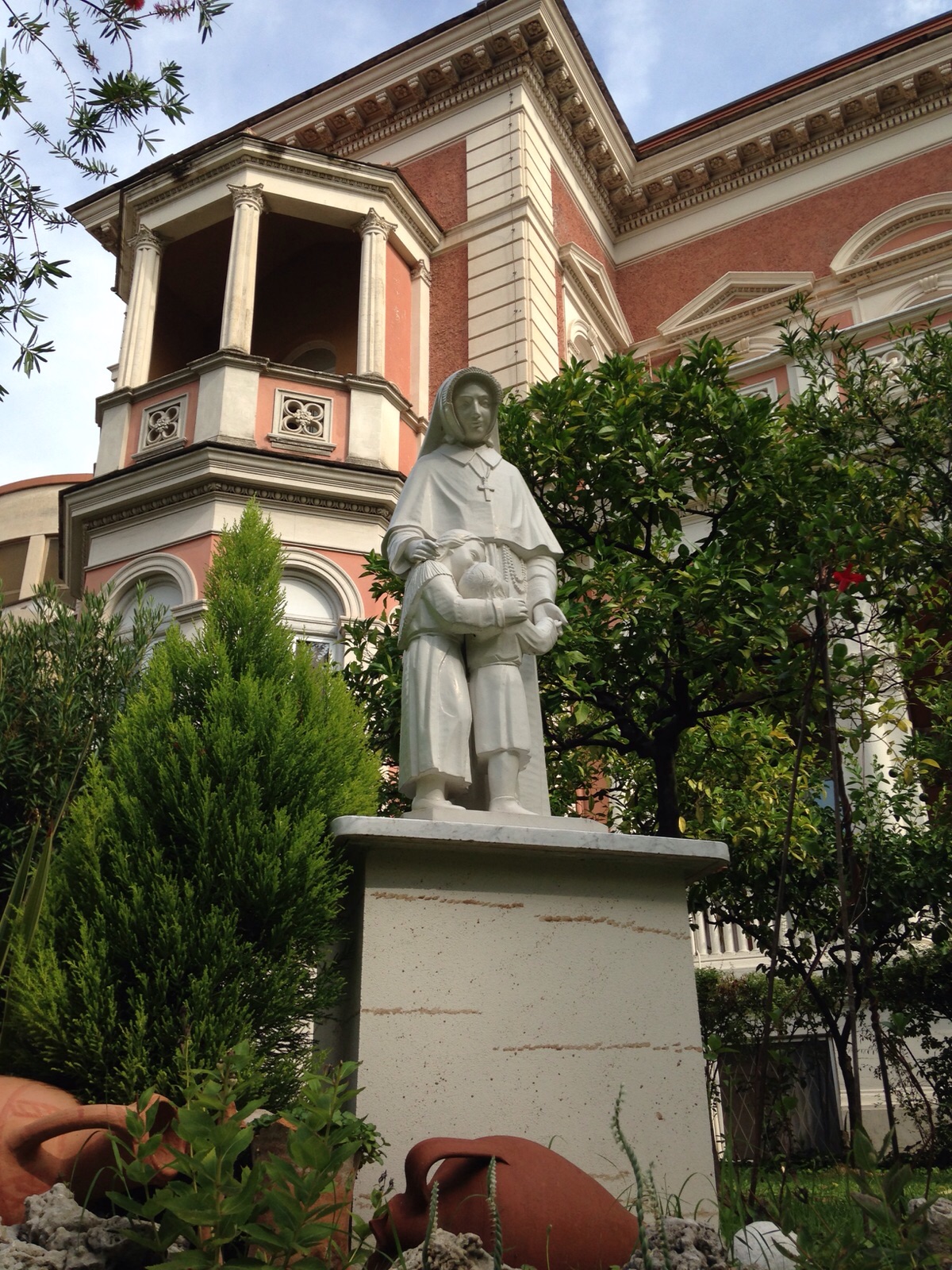 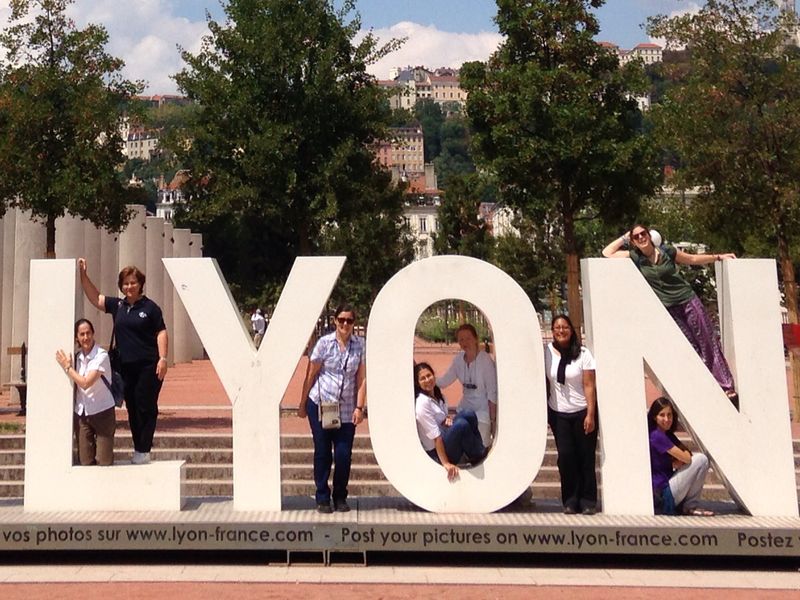